A very strong field is expected in both the professional men’s and women’s Carter County Omnium this year. The tough schedule has riders competing in the Carter County Roan Groan on Saturday morning, June 5. The Roan Groan finishes with a difficult climb up to Carvers Gap. Then Saturday evening racing continues with the Bank of Tennessee Time Trial on Temple Hill Rd. The points gained in the Roan Groan and Time Trial will be added to the points gained in the Sunday, June 6 Ballad Health Criterium in downtown Elizabethton. The total number of points will determine the winners of the Carter County Omnium. The Omnium not only allows the racers to test themselves against the competition but also to improve as racers.

In 2019 the Pro/1/2 men’s winner and the Women Pro/1/2 winners were racing on amateur teams. Stephen Bassatt for First Internet Cycling and Madeline Bemis for Milligan College. Both are now riding for the UCI Pro Team, Rally Cycling.

Bassett’s 2019 year was a breakout for him. At the end of 2018 Bassett lost his pro team ride and signed with the amateur team to see if he could get results to open the doors of pro cycling again. He won 1st in the Johnson City Omnium with a first in the Carter County Roan Groan, second in the Ballad Health Time Trial and 2nd in the Fountain Square Criterium. At the Joe Martin Stage Race in Fayetteville, Arkansas, he won the overall with a 1st in the Mountain Classification and a 1st in stage 1 & 3. Bassett was 1st in Stage 3 of the Redlands Bicycle Classic in Redlands California. At the Road Race National Road Championships in Knoxville, Bassett finished 2nd between two World Tour professionals. He said, “Roan Groan has always been a highlight of my season. The course is a true challenge and unlike any other race in the region with a grueling climb to the finish. I managed to win in 2014 and it really meant a lot to me, as I spent my junior years dreaming of this race. In 2019, Roan was a critical piece in my preparations for the US Pro Championships in Knoxville and it definitely helped me reach the podium there. Hopefully 2021 will bring more of the same and I can’t wait to race up the mountain again.”

Bemis races for the Milligan University collegiate team and for the Rally team when competing in non-collegiate events. Several of her collegiate teammates will also be racing for the Team Robson Forensic p/b Milligan Cycling in this year’s Omnium. In 2019 at the Omnium, she was 1st in the Roan Groan, 1st in the Time Trial, and 3rd in the Criterium to win the Overall.

The best time to see these cyclists in action is at the Ballad Health Criterium on Sunday in Elizabethton. The Pro/1/2 women’s race starts at 2:00 pm and the Pro/1/2 men’s race starts at 3:00 pm, during a full day of amateur and professional racing. Registration, volunteering, and spectating info at www.cartercountyomnium.com . 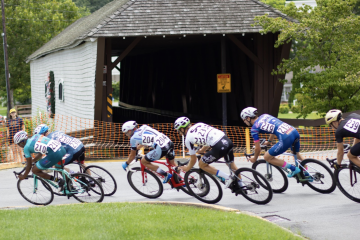 After successfully postponing the Johnson City Omnium from the first weekend in June 2020 to mid August 2020, due to COVID-19, the races are back to their regular date of the weekend after Memorial Day, Read more…

We are happy to announce that the Omnium is returning to Carter County for 2021! 2020 was a great success and the following news articles provide excellent coverage of the event. Elizabethton Star Article 1 Read more…